Aston Villa and West Ham United face off on Sunday, with both teams looking to put an end to their sluggish starts to the season.

Aston Villa fans will not be happy with their team’s start to the season, picking up just three points from their opening games. Steven Gerrard is still learning which line-up suits his system as results have not matched their ambition in the transfer market. 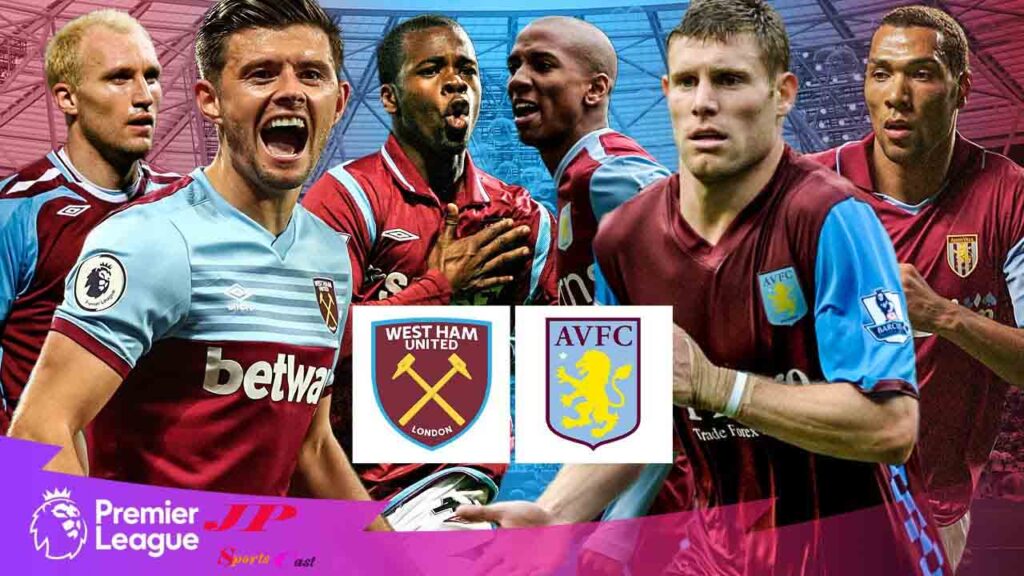 After a summer of significant spending, Villa lost their first game against newcomers Nottingham Forest. They managed a narrow win over Everton the following week, but those three points came at a cost as they lost summer arrival Diego Carlos to a serious injury.

Crystal Palace piled the pressure on Gerrard last weekend as the Eagles were comfortable winners at Selhurst Park. The timing of the clash with West Ham can be debated given Villa will face a side scarred by their disastrous start to the campaign.

If Aston Villa’s start was cause for concern, West Ham fans are left bewildered after seeing their team bottom of the Premier League table after three defeats in as many games. The Hammers have been awful since the start of the campaign and suffered a heavy loss at Brighton last weekend.

David Moyes may not appear to be under huge pressure as the club look for quality signings in the market. The potential arrival of Lucas Paqueta will continue to improve their attacking style of football, but the manager’s immediate need is to get results.

Gerrard looked to have got the right line-up together during their win over Everton, but things fell apart awkwardly against Palace. There are a few team selection decisions from the manager which could see some changes to the side that lost to Palace.

On the injury front, Ludwig Augustinsson is a major doubt after the left-back missed midweek through injury. He trained on Friday, although Lucas Digne is expected to start in the Premier League scrum-half position.

Diego Carlos remains the only confirmed absentee as the defender could miss the entire season with a serious injury. In terms of squad selection, Gerrard is likely to keep Ezri Konsa and Tyrone Mings in central defense, with Digne and Matty Cash in the full-back roles.

Gerrard could consider recalling Danny Ings, which could put the forward as a lone striker or alongside Ollie Watkins in a front two. Emmy Buendia’s place could also be under threat as the manager could bring Philippe Coutinho back into the squad.

Moyes could recall several of his Premier League regulars who sat out the win over Viborg in midweek. Among them would be Kurt Zouma, Declan Rice and Jarrod Bowen.

On the injury front, Nayef Agerd remains the only confirmed absentee as the defender is expected to miss around two months of action. Meanwhile, Vladimir Kufal and Craig Dawson are serious doubts for Villa’s trip.

They are expected to be assessed ahead of the game, although Moyes may not take the risk and try to include them again when they host Spurs next game. Ben Johnson and Thilo Kerrer are expected to keep their places in the back line, with the latter likely to partner Zouma in the centre.
c
vc
c
c
v
.

There could be a change at the top, with Gianluca Scamacca making his case to the manager after two goals in as many titles. The Italian could replace Michail Antonio, who has had a terrible start to the home campaign.

A player to watch

The England international has had a difficult start to the season and is still out of his usual stride in the final third. While the entire team has been terrible so far, Bowen isn’t visibly doing enough to help his team.

The winger was often seen as a savior in many games last season and needed to start producing the goods in the final third. If his terrible form continues, it could threaten his place in the England squad, something the striker will not want.

Both teams are off the mark at the moment and given the pressure, the Hammers will be more desperate to secure a positive result on Sunday. However, Villa will also be looking to pick up three points, but looking at their current form, that may seem unlikely.

West Ham may have a better squad overall than Villa, which could come in handy on Sunday. Taking many factors into account, the Hammers could have the upper hand and eke out a narrow win over Gerrard’s side at Villa Park.